I believe most of us know him from The Fast and The Furious. He was a young lad back then. It was only few months ago that we’ve seen Fast & Furious 6. Now, he’s gone.

Few days ago, I woke up to my Facebook flooded with the bad news. I didn’t want to believe it, I went Google to see if it was a hoax. I was hoping very hard that it was just another hoax that people created. This time, Google disappoints me. The news was already on BBC, it wasn’t a hoax. Within minutes, my Facebook was flooded with pictures of him.

I don’t know why this time a celebrity’s death could make me feel so sad. I was sad when Michael Jackson died, but not like this. I didn’t cry, but I felt the heart-ache. I got teary looking at all the RIP messages on Facebook. It’s weird for me to feel the pain when I don’t know him at all.

People have been saying that we only remember Paul Walker, but we forgot there’s another person who died, which was his friend, Roger Rodas. Just because he wasn’t famous, nobody seems to notice. According to the website, he was only 38, even younger than Paul Walker.

A lot have also said that Paul Walker was only an average man you could find off the street and he didn’t deserve what he was having. Well…… To me, he was still a great actor and someone who did his part to make the world a better place.

Too young. Too soon. 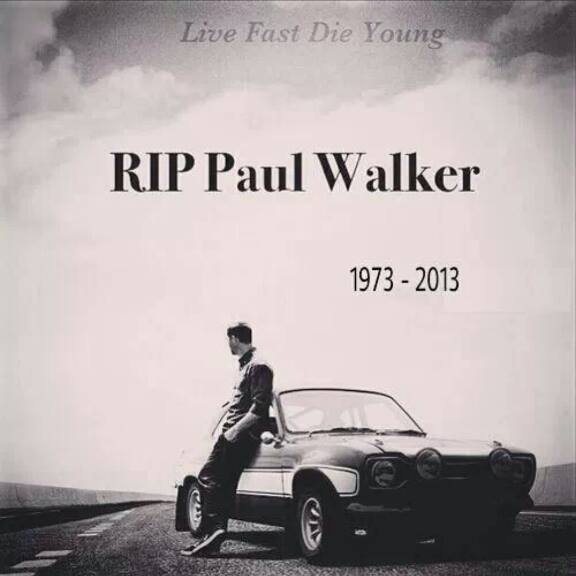 I love shopping. Shopping can be therapeutic if you know how to spend wisely. Photography is my love too. A picture paints a thousand words, they say. Deeply in love with the man of my life, my husband that is. He's my lover, my brother, my friend, my angel, my devil, my ally and my worst enemy, all at the same time. :) Am now a mother of one, my precious little girl, Lucy. My favorite food, Bak Kut Teh (pork rib herbs soup), one of the many Malaysian delicacies. Being a Malaysian, that’s saying I’m a food lover too. :) View all posts by Ashley

2 thoughts on “Fast & Furious Will Never Be The Same”

Home is where our story begins.