Big Fish is really good at developing hidden object or mystery games, ain’t it? You just gotta salute their creativity and imaginations and having such great brains to come up with such great stories.

Empress of the Deep: The Darkest Secret, took me 3 nights to finish it. Pretty short I must say, but worth to play. Those brain teasers and puzzles, some of them are really tough and required you to go back and forth searching for objects and clues, which is pretty annoying at times. At one point, I had to go all the way back to the starting point, then returned to where I left off to finish the task. The hint works very well though! Clear cut hints were given whenever you need it.

The interactive part, of course, not as much fun as Drawn: The Painted Tower, but it is good enough. The same goes with the graphic, nothing can really beat Drawn. Story wise, the same old, same old princess/empress woke up from some sleep with no memories of what happened in the past. If it wasn’t because of the puzzles that fascinated me (trial version), and also it was on sale, I wouldn’t have bought it.

I’m not sure why, but I love hidden objects games. I used to download Yahoo! Games, or bought from the PC shop on all those PC games. Andrew too is wondering why I love them so much. Hahaha. Then, I stopped playing for a while.

When I had my iPhone, I didn’t download many of them, ’cause the screen is too small and too painful for me to look for those hidden objects. Now I have my iPad, with its retina display screen, how could I miss out all those fun anymore? :)

I’ve been downloading a lot of them!!! Most of them are from Big Fish games. Bought a few of them when there was a sale for Mother’s Day, $0.99 each. Drawn: The Painted Tower, Awakening: The Dreamless Castle, Empress of the Deep: The Darkest Secret and Hidden Expedition: Amazon. Drawn remains to be my favorite. It has the best graphic and interactions. Hidden Expedition is not too bad as well.

Here’s the hidden objects games that I downloaded. Most of them are free trial version, to purchase the full version usually costs $2.99 and above. :( A bit too costly for me. I’d rather wait for the iPad jailbreak. 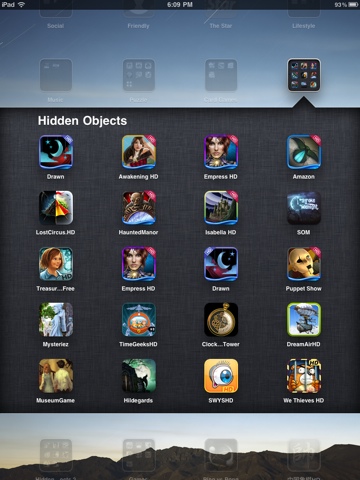 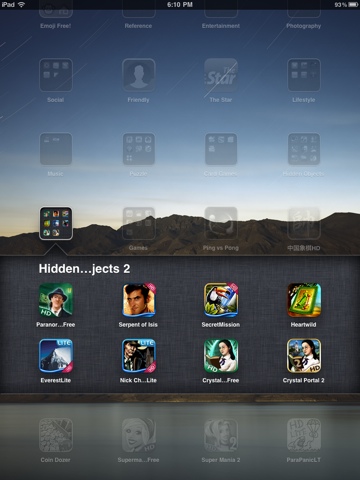